Donate a toy for a chance to win an iPod Shuffle!

Drop off a new, unwrapped toy for Toys for Tots at our office by December 17th and you can enter to win an Apple iPod Shuffle from Dwell360! 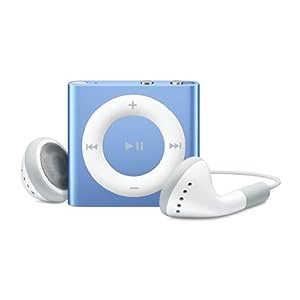 Stop by Tuesdays through Fridays 9am - 5pm

at 46 Austin Street in Newton.

One raffle entry per toy donated.  One winner will be drawn at random and notified by December 21, 2012.

Toys for Tots is a program of the U.S. Marine Corps Reserve.  Each October, November, and December, they collect new, unwrapped toys and distribute those them as Christmas gifts to needy children, age 0 to 14, in the community in which the campaign is conducted.  The Toys for Tots program wishes to play an active role in the development of one of our nation's most valuable natural resources - our children; to unite all members of local communities in a common cause for three months each year during the annual toy collection and distribution campaign; and to contribute to better communities in the future.  Local Toys for Tots Campaign Coordinators conduct an array of activities throughout the year, which include golf tournaments, foot races, bicycle races and other purely voluntary events designed to increase interest in Toys for Tots, and concurrently generate toy and monetary donations. The program is a national effort administered locally; the community in which toys will be distributed is the same community in which they were collected.  The success of the program relies on volunteer support and community involvement.  Visit Toys for Tots for more information.

Dwell360 real estate is proud to support the Middlesex County Toys for Tots campaign.  We hope you will stop by our office to donate a toy!